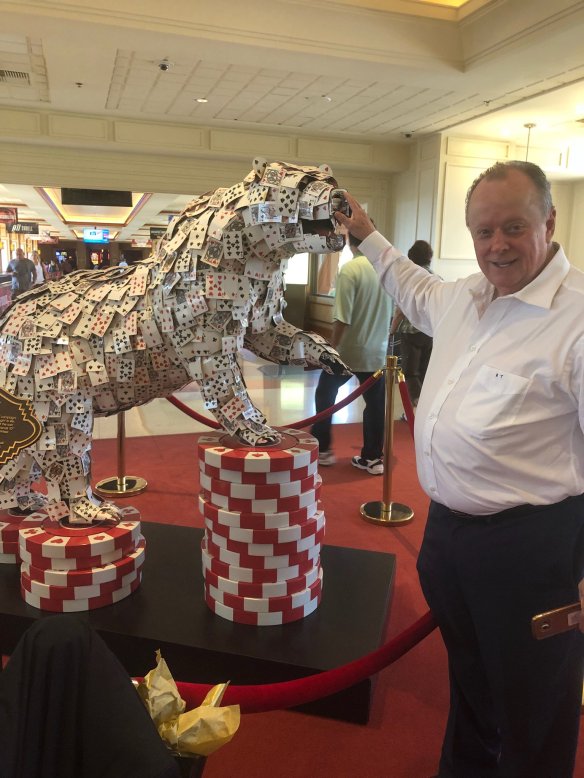 I was honored to attend the groundbreaking ceremony last week for the expansion of the San Manuel Casino in Highland, California, located about 60 miles from downtown Los Angeles.

From its humble beginnings over 30 years ago as a bingo hall to its position today as a powerhouse in Southern California’s gaming industry, San Manuel is poised to cross a new threshold of success with its planned expansion. The new plans include:

The parade of speakers including the General Manager Loren Gill and Lynn Valbuena, Chairwoman of the San Manuel Band of Mission Indians, spoke proudly of “Yaamava,” the Serrano word for “spring” representing the new chapter the casino and its talented team is embarking on. 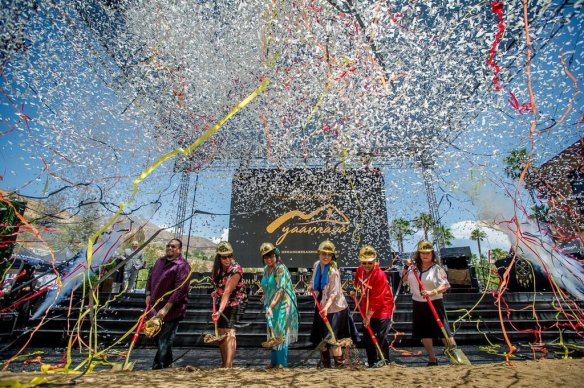 The festivities kicked off with the San Manuel Bird Singers singing Serrano blessing songs to mark the momentous occasion and ended with the symbolic groundbreaking ceremony complete with shiny gold hard hats and sparkling shovels amidst more confetti than I have ever seen in my life!

With 5,000 employees, San Manuel is one of the top 10 private employers in San Bernardino County and the expansion will only increase the positive economic development for the tribe and the area beyond. As an engaged philanthropic partner in the community, the San Manuel Band of Mission Indians will continue to do even more for the community.

The ceremony was beautiful but even more impressive was how busy the casino was at 10:00 a.m. on a Wednesday in the middle of the month. That was in stark contrast to my trips to Las Vegas this summer for the World Series of Poker.

But the thing that struck me most was that the parking was free and that no less than five employees said hi to me as I walked through the casino. The only people who say hi to me at the Rio were trying to sell me a timeshare or anti-aging cream.

After the ceremony, I was anxious to meet Loren Gill, the casino general manager, to ask about their sports betting plans. He said he is following it very closely, but in California it’s very complicated with many questions yet to be answered, which is exactly what I wrote about in a previous column.

San Manuel’s ambitious expansion is a dream 32 years in the making. It will take about two years to complete; I can’t wait to experience it.

Robert Turner is a legendary poker most well-known for introducing the game of Omaha poker to Nevada in 1982 and to California in 1986. He created Legends of Poker for the Bicycle Casino in 1995 and Live at the Bike, the first live gaming site broadcast on the Internet in 2002.

Robert has over 30 years’ experience in casino marketing and player development. He has served as an executive host at the Bicycle Casino and MGM. He is currently working as a casino consultant.

Robert can be reached at robertturnerpoker@gmail.com for consulting, marketing and coaching. Find Robert on Facebook at https://www.facebook.com/thechipburner and on Twitter @thechipburner.