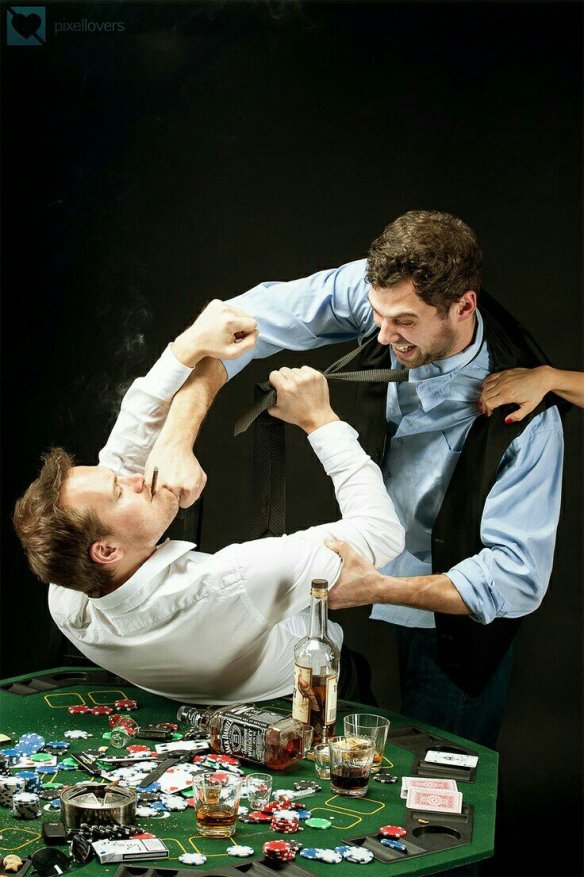 I want to thank everyone for the great response to my last article about abuse in poker directed at women and dealers. You can read the first part here: Women in Poker, Part 1 This article will focus on solutions.

Bullying at the Table Has to Stop

Last week I played the H.O.R.S.E. event at the Bicycle Hotel & Casino. When we were down to two tables in the qualifier, I witnessed a serious incident of abuse at the table.

My friend Walter, a player in his 80’s, was verbally attacked by a younger player. He kept berating Walter to the point where he said something to the effect of, “When I finish with you, old man, you will walk out of here a cripple.”

Walter, a military veteran who I have played with for over forty years, would have definitely fired back in his younger days. Instead, Walter was very quiet and threw off his chips and was knocked out soon after.

Walter was being bullied because the player knew he could do it without consequences.

The abusive player stood up and began spewing f-bombs across the table and the room so loud it could not be missed. There were three women at the table–my wife, another female player and the dealer. This easily was some of the most atrocious behavior I have seen at the poker table, and believe me, I have seen fights break out, guns pulled and cards thrown in the face of dealers and floor staff.

I got up and asked the floor person, who was only four feet away, “How can you allow this to continue?” He said he did not hear it. I was totally let down. I decided to address it with Mo Faithipour, the Bike’s tournament director, the next day. Mo was very disturbed by the story and said it would never be tolerated.

Tournament Directors Can Lead the Change

I feel the best thing a player can do when they see something is to say something. Leave the table, find the tournament directors or supervisor, and alert them of the problem, so if they are called over to the table, they have a heads up. This will go along way to police our industry.

The tournament staff will appreciate it, and I hope this will provide anonymity for those who are trying to help. It’s time for the WSOP to set examples for other tournaments to follow. I remember two years ago a player at a WSOP event was so abusive, he stopped play at several tables next to his. He was yelling at the dealer, the other players and dropping f-bombs. He was out of control.

It’s time for this behavior to stop. Let 2018 be the year that the WSOP sets the example for all other tournaments.

My son Jaden suggested using social media or texting to alert tournament staff of situations that are spiraling out of control. Jaden said that’s how millennials communicate, and it can be used to stamp out bad behavior and really elevate the game. I agree that would be a game changer. What about a tournament text line that’s monitored by management or even security?

It’s time for the TDA to address and establish guidelines not just on how to best play the game, which they have done a great job in doing, but it’s time to address conduct at the table.

Let’s get signage and conduct rules posted on casino and tournament websites along with the schedule of events.

There has always been talk of recognizing poker as a sport. Creating a uniform code of conduct for all tournaments will be the first major step. I don’t see how we can move forward without one.

Robert Turner is a legendary poker player most well-known for introducing the game of Omaha poker to Nevada in 1982 and to California in 1986. He created Legends of Poker for the Bicycle Casino in 1995 and Live at the Bike, the first live gaming site broadcast on the Internet in 2002.

Robert has over 30 years’ experience in casino marketing and player development. He has served as an executive host at the Bicycle Casino and MGM. He is currently working as a casino consultant.

Robert can be reached at robertturnerpoker@gmail.com for consulting, marketing and coaching. Find Robert on Facebook at https://www.facebook.com/thechipburner and on Twitter @thechipburner.