Like 3,000 other viewers, I watched the live stream of the World Series of Poker Circuit Main Event on Live at the Bike last week. An epic heads-up battle ensued between 2006 WSOP Main Event winner Jamie Gold, who won $12 million for that championship win, and the magician Antonio Esfandiari, who is ranked second on the all-time money list according to the Hendon Mob with over $26 million in live earnings.

The Magician Wins WSOPC at the Bike 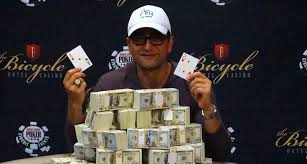 Esfandiari won first place for $226,785, but the match made for great viewing. I watched it on Twitch on my phone. Ironically, my husband Robert Turner, who helped co-create Live at the Bike, has trouble watching media on a small screen, but he was more than happy to tell me how the idea for Live at the Bike came about.

It all started when Robert got a phone call from a company that said it wanted to broadcast a billiard tournament he was producing for the Bicycle Casino around 2001. Robert asked what the cost would be, and they said it would not cost the Bicycle Casino any money, so a deal was reached.

He was pretty excited since most of the tournaments cost the Bicycle Casino around $50,000 for ESPN or Fox to produce.

On the day of the broadcast, he went outside to meet the crew at the front of the Bicycle Casino. A young man approached him asking for Robert Turner. He had a rolling metal briefcase and handed him his card.

Robert asked where his staff was, and he said, “It’s just me.” He explained how the tournament would be streamed live around the world. The young man set up a couple of cameras and then opened his laptop.

Robert asked how many people would watch it. The man said he had one subscriber.

He felt so naive at the time, but that night he came up with the idea that if he can to that with pool, then why not live stream poker? 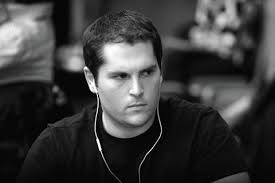 He presented the idea to the Bicycle Casino, and with three young house players installed as the broadcast team–David Tuchman, Bart Hanson and Shirley Rosario—Live at the Bike was born.

All three went on to successful careers in poker and broadcasting. In Part 2, I’ll discuss the personalities behind Live at the Bike and its future on Poker Central.

Patricia Chavira is a freelance writer and social media consultant specializing in poker. She writes a weekly column called the “Poker Scene” for Gaming Today. Follow her on Twitter @pinkchippoker.